In 2016, Audi Tradition was responsible for a true world premiere at the ADAC Eifel Rallye Festival held in Daun and the surrounding Vulkaneifel region. Thirty years after it was built, Audi's Group S prototype was driven publicly for the very first time and at its wheel was none other than Walter Röhrl. It took part in the so-called "Festival Parade" that tackles only two of the total of eight stages of the demonstration event.

Now, Toyota is following suit with a double debut. Firstly, one of the Toyota Group S prototypes based on the MR-2 and called the 222D will take part in this year's Festival Parade. For chassis 8, owned by Ernst Kopp, it will be the very first rally participation. So far, the mid-engined "Black Beast" was only tested privately by Björn Waldegård in 1986 and later seen on static display.

It will be joined by a completely unknown Toyota that has not even been seen in public. In the 1990s, Toyota Team Europe built two prototypes called "Ideal Successor" or "IS" to follow in the footsteps of the Group A Celicas. The IS-1 was based on the Celica ST185 and will be on static display in the Rally Mile. But IS-2, that was based on the Corolla, will make its maiden trip in front of the public with its owner John Day at the wheel. 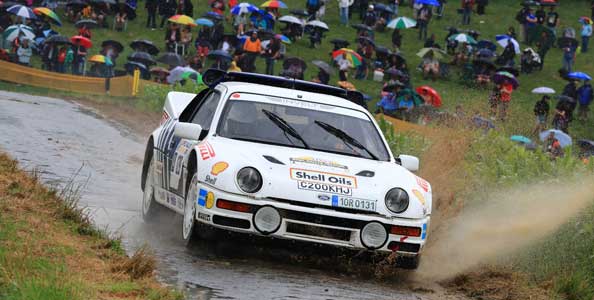 It does not stop there as the Festival Parade has even more highlights to offer. Stig Blomqvist and Kalle Grundel will both be reunited with their original Ford RS200 "twins" from the 1986 RAC Rally. Safari Rally legend Mike Kirkland will, like in 2015, take the wheel of "his" Nissan 240RS from the 1983 Safari. Matthieu Tak will bring an Alfa Romeo 75 Turbo Evoluzione IMSA which is a hybrid between a race and a rally car from the 1989 Giro d'Italia. And Brian Betteridge will take part in his Ford Escort RS1700T to show how Group B might have looked like if Ford had homologated this prototype.

It is exactly this kind of machinery for which the Festival Parade was created in 2015. It is the home for cars which are either too fragile or too valuable for a full weekend of rallying over more than 100 kms of stages - or perhaps they cannot get approval to be driven on the open road. Thanks to the Parade, they can tackle two stages, the SS "ProWin Hilgerath" on Friday night and the "Kelberger Land" on Saturday.

"As you can see, we will have a great and extremely varied entry in this year's Eifel Rallye Festival which will get even more diverse thanks to our theme 'Six Decades of Rallying'. I am sure that everyone will find his favourite rally car in Daun", says chief organiser Otmar Anschütz. The full entry list of the demonstration event will be revealed on July 1st, 2017.

In 1972, Hannu Mikkola and Gunnar Palm became the first rally crew from outside East Africa to win the Safari Rally. Their car, a Ford Escort RS1600, has been conserved in such a genuine condition that it was recently granted a Concours d'Elegance prize at the famous Concorso d'Eleganza Villa d'Este. Even the engine seal from the 1972 Safari scrutineering is still intact. Considering this level of originality, it is a great honour that owner Claude Nahum will be sending this car to Daun and only logical that it does not tackle the demonstration stages. While the Safari-winning car can rest on its laurels, its former crew will take the wheel of another Escort RS1600 works car - the one that was driven by the late Timo Mäkinen at the 1972 RAC Rally that is also from Nahum's collection.

But the Safari-winning Escort is not the only precious exhibit in Daun. Christoph Schild will put on display the original twin-engined VW Golf from the 1986 Race to the Clouds at Pikes Peak. Two further exhibits coming from Hyundai are a Hyundai Accent WRC and a Coupé Kit Car, the car which was vice-champion in the F2 World Rally Championship of 1999.

Ride of a lifetime: Win a co-drive with Hyundai drivers Neuville and Schwarz

Rally fans visiting the Eifel Rallye Festival have no less than two chances to win a "Ride of their Lifetime" on the shakedown stage during Thursday, July 20th. In cooperation with Hyundai, the organisers will offer one co-drive with Thierry Neuville in the Hyundai i20 WRC and one with Armin Schwarz in a 2003 Hyundai Accent WRC.

"We wanted to give the ordinary rally fan a fair chance to win the co-drive, thus we decided to raffle both rides" says Festival Manager Tim Becker. "For only €5.0, everyone has the chance to win the co-drive alongside Thierry Neuville. Of course, anyone can buy more than one ticket to increase his or her chances." The amount raised by the raffle will be donated to a local organisation aimed at helping young people in the region and called "Verein zur Förderung der Jugendarbeit im Landkreis Vulkaneifel. e.V." All details of the raffle can be found here: www.mitfahrt.eifel-rallye-festival.de
.

Order now: pre-sale for tickets and programmes still running
Up until July 7th, spectators who are keen to visit the Eifel Rallye Festival can obtain their tickets and programmes from the official online shop no matter in what European country they are living. While visiting the 'Rally Mile' in the heart of Daun is free of charge, there are various admission tickets needed for those who would like to see the action on the special stages. The range offered goes from one-day tickets right up to full weekend tickets. 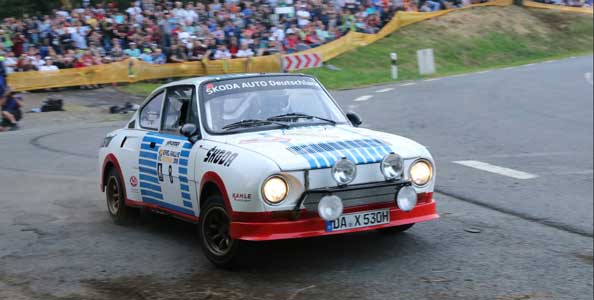 Friday, 21.07.2017
From 08:00 hrs Scrutineering in the Rally Mile
11:00 – 12:00 hrs Autograph Session with the VIP drivers
From 14:20 hrs Hyundai Super Stage with jump, water splash and gravel action
From 19.30 hrs prowin Spectator Stage in Sarmersbach at night Including the ‘Festival Parade’